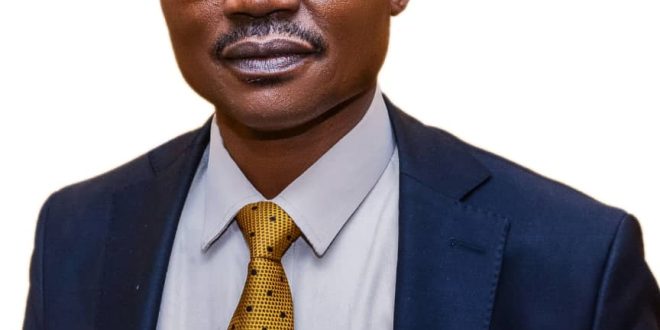 He attended the University of Lagos, Akoka-Yaba and Federal University of Technology, Akure wherein he acquired the Bachelor of Science (B.SC. Hons.) degree in Finance and Master of Business Administration (with specialization in Accounting and Finance) respectively. He also possessed the Higher School Certificate (HSC) and University of Cambridge Advanced Level (A/L) Certificate, both with Distinctions; and the West African School Certificate (WASC) in Division One.

His public service sojourn commenced in the Lagos State Local Government Service in August, 1987 as Finance Officer II on Grade Level 08 and his appointment was confirmed with effect from 1st August, 1989. He rose to the post of Chief Accountant, Grade Level 14 while in the Local Government Service wherehe occupied several positions such as the Head of Main/Final Accounts; Area Treasurer; Head, Internal Audit and Council Treasurer in various Local Governments/Local Council Development Areas of Lagos State.

On 20th April, 2006, he was deployed to the mainstream of the State Civil Service and thereafter posted to the Office of the Auditor-General for Local Governments where he occupied various management positions at different times.

He emerged at various times as the ‘‘Best Officer of the Quarter (Management Category)’’ and “Best Management Staff of the Year” and was duly awarded Certificates of Meritorious Service, Shield and Prizes in this regard. In recognition of his commitment and passion for duties, he was also awarded a Letter of Commendation on Defying COVID-19 in respect of successful audit of Y2019 LASG Financial Statements during the 2020 Lockdown Period to ensure that the State Government meets the deadline and pre-requisite set to benefit from the Disbursement Link Indicators [DLIs] of the State Fiscal Transparency, Accountability and Sustainability[SFTAS].

Some of his other notable achievements are:-

(b) Supervision of the conduct of Review of LASG Financial Statements for LASG Bond Issuance Programme by Reporting Accountants namely PriceWaterhouse & Coopers (PWC) and Ernst & Young [EY] for several Bond Programmes/Series/Tranches of the State from Y2016 to 2020;

(c) Supervision of the Special Audit/Investigation of a number of MDAs and Parastatals in the State.

(e) Initiated and facilitated the production of “The Accounting Manual’’ for the Local Governments in Lagos State in conjunction with the UK Department for International Development/Growth and Employment In States-3 (DFID/GEMS-3) in 2012.

(f) Initiated and facilitated the production of “The Audit Manual’’ for the Office of the Auditor-General for Local Governments in conjunction with the UK Department for International Development /Growth and Employment in States-3 (DFID/GEMS-3) in 2013.

(g) Initiated the Production of the maiden “Work Plan and Audit Procedures, 2012” for the Office of the Auditor-General.

(i) Facilitator in a number of professional trainings.

He has also attended many professional conferences and courses within the state, nationally and internationally.

He is happily married to Mrs. Adetokunbo Abidemi Salami and blessed with children.